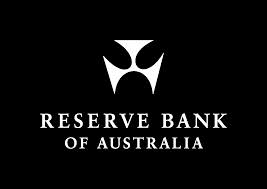 The country's housing market remains a source of economic strength, according to the Reserve Bank of Australia's (RBA) May board meeting minutes.

A Property Observer article featured information about the RBA advice of that strong growth in housing investment in the first half of 2014, dwelling approvals and commencements remain at high levels despite a recent decline. The RBA noted that housing price inflation had eased in past months from its recent 'rapid pace', citing softening auction clearance rates and stabilising housing loan approval numbers.

Demand for both established and new housing remains strong according to other indicators, including turnover, first home owner grants and loan approvals.

According to the RBA, the price increase for tradable goods was consistent with the depreciation of the exchange rate over the past year. Price inflation for non-tradables had softened to 3% in year-ended terms, markedly down from the 4% average of the past decade. The board cited declining wage growth over the preceding two years as a key factor in the decline.

Following late 2013's pick-up in economic activity, indicators for labour market conditions showed some improvement. The unemployment rate was down for March, though it is unclear whether this is due to monthly volatility. However the board also noted strengthening employment growth and an apparently stabilising participation rate over the past few months.

Driven by strong export growth, economic activity increased over the previous six months. Economic growth is unlikely to continue at the same pace over the next few quarters, given that export growth is not expected to remain at the same high levels.

According to a number of surveys, business sentiment remains at average levels after climbing from mid-2013 lows. The board noted that business investment in construction could pick up, despite declines in non-residential building approvals in recent months.

Gross Domestic Product (GDP) growth over 2014-2015 is expected to be slightly below trend, given the decline in mining investment and planned budgetary tightening. However, economic growth is expected to 'pick up to an above-trend pace' in 2015-16 due to the contributions of non-mining business investment and liquefied natural gas exports.