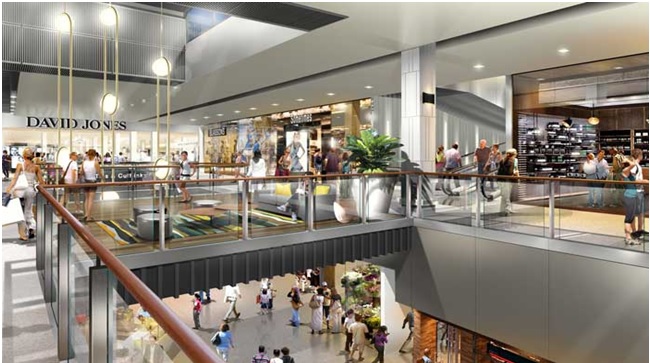 Why Invest in Maitland? Because big business is also investing! David Jones heads to Maitland as Stockland embark on $377 million - Green Hills redevelopment

Stockland has announced it will expand its Green Hills Shopping Centre at East Maitland in the Lower Hunter Valley of New South Wales. It comes with an estimated $377 million cost.

Upon completion by mid-2018, the gross lettable area (GLA) will more than double to about 70,000square metres.

It has secured an agreement for lease with David Jones, which will open a 6,225 square metre single-level department store at the centre in 2018.

Other tenants include Big W, Target and the biggest Dan Murphy’s store in the trade area.

A concept JB Hi-Fi Home store is also planned and another by South African retail group Pepkor’s Harris Scarfe, which will have homeware and clothing.

Stockland Green Hills is already home to Coles and one of the best-performing, full-line Woolworths supermarkets in Australia.

An additional 141 speciality stores will take the total number to more than 225 stores. The centre’s existing mini-majors will be retained and improved, including Best & Less, Reject Shop, Blooms the Chemist and Hot Dollar.

Preliminary site establishment works will start immediately, but the major construction works will be deferred until the New Year so as not to disrupt the pre-Christmas retail trading season.

Brookfield Multiplex is the lead contractor on the project.

The new precinct will have a garden courtyard, outdoor pavilion dining area fronting Mitchell Drive and the car parking will be nearly doubled to 3,100 spaces.

“We’ve identified Stockland Green Hills as a highly accretive redevelopment opportunity. It’s already one of the most productive centres in Australia and this expansion will enable us to capture a portion of the estimated $867 million of escape expenditure that leaves the primary trade area every year,” said Mark Steinert, managing director and CEO of Stockland.

The revamp is expected to deliver an incremental internal rate of return (IRR) of more than 12 % in the 10 years post-completion and an incremental, stabilised funds from operations (FFO) yield of just more than 7 %.

In November 2014, Shopping Centre News named Stockland Green Hills as the top performing centre for specialty sales in its Little Guns survey of shopping centres between 20,000 and 50,000 square metres.

As part of the redevelopment, Stockland also plans to invest around $1.6 million to increase the centre’s solar power generation capabilities with the installation of a 700kW photo-voltaic system and is aiming for a minimum 4 Star Green Star Retail Design and As Built ratings for the project.