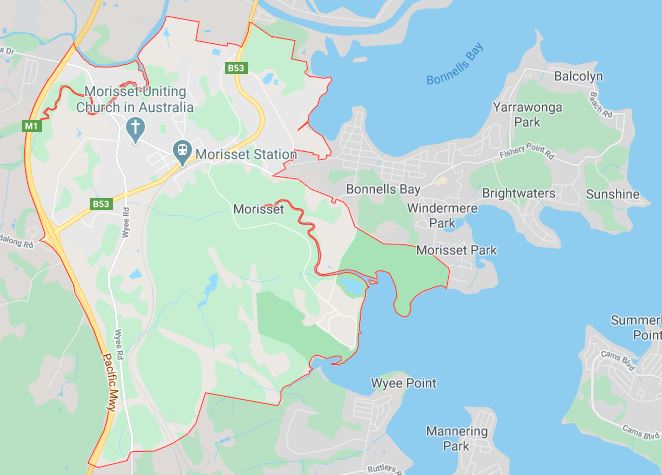 Morisset - The next HOT SPOT

Geographically, Morisset district has distinct advantages. The town is located near Australia’s biggest salt-water lake, Lake Macquarie. It is a short distance away from the Wattagan Mountains and just half-an-hour’s drive to some of the most pristine beaches in the state.

The town also enjoys a fully serviced railway station and it is situated just one kilometre from a direct freeway interchange. During non-peak hour times, you can drive to the northern suburbs of Sydney within 45 minutes and to Newcastle in just over half an hour.

According to Graeme Hooper, economic development manager for the Lake Macquarie Council, Morisset is recognised as an emerging economic centre for the Lower Hunter region. It has been identified as one of the three key hot spots in terms of population growth and commercial development because of its accessibility to the commercial districts of Sydney, Newcastle, the Central Coast and Hunter Valley.

This hot spot status has made Morisset and the surrounding suburbs of Bonnells Bay, Cooranbong and Morisset Park very attractive targets for astute property developers.

A billion-dollar housing boom is set to occur in this quaint little district of about 20,000 people. According to Hooper, at least 8,000 new housing allocations are planned for Morisset district over the next few years in anticipation of a huge jump in population growth in the area. The council expects population to more than double to 50,000 over the next decade.

Some of the big projects already under way include the re-zoning of the inner core of Morisset to allow for $360m in medium density housing. The new development, which is owned by the Koompahtoo Group, is scoped for about 1,800 new houses.

The picturesque Morisset Peninsula will also undergo significant housing expansion. The council has approved a re-zoning plan for a $90m housing subdivision in the sought-after Bonnells Bay area by Johnson Property Group. This project will supply 200 new houses. The property developer is also behind another $90m subdivision on the St John of God site at Morisset Park, which is expected to create 200 new homes.